An elegy to my father: The footnote, opera and love

I wrote this piece as a newspaper feature column; to read the original and my newest entry go to The Communites at The Washington Times, where I write lyrical essays on love.

When did you first meet the footnote? Did it lead to love? I’m not betting on love between you and the footnote.
As to when, I’m betting it was in high school or college when some good teacher handed you A Manual for Writers by Kate L. Turabian, sent you off to write your first term paper and you learned to hate the footnote. Write that thesis statement, support it, get quotes, footnote it. Learn et. al., ibid and idem. Be logical, think rationally. All good things—except idem, maybe?
At the thought of ever having to write another footnote, or worse, read one! some of you may want to scream “the horror! the horror!” and have that be the end of it. I don’t blame you.
But I have a different story to tell you (Please note: asterisks * refer to footnotes.):
I love the footnote, not because I’m so good at writing one, but because the not-so-important tag at the bottom of the page, the back of the chapter, the end of the book has always been a beginning for me.
I first encountered the footnote at my father’s side in synagogue. While he davened, the Hebrew word for prayed, I read footnotes. He wasn’t big on prayer. He was reciting Hebrew prayers he knew by heart, could read but not translate: the way he was taught. I was about eight years old and would be reading the big blue book I’d pulled from the book slot in front of me: The Torah, the first five books of the Bible. The rabbi’s comments are in the footnotes. This is where I learned what to take literally, what to read differently. The rabbi’s questions after questions about passages  discussed endlessly and read all year long and then started over once again the following year landed in the footnote. I read about skins and feathers in Leviticus, about Miriam, my Hebrew name, in Exodus and Rabbi Rashi’s view that she was a prophet before Moses’s birth. My parents named me after someone that important? I got scared. My father consoled.
He admired that I found that info in a footnote and my love of the footnote got hooked to my love for him. He’s the shadow behind the man I love—and this has nothing to do with logic—or does it?
My father loved a rational exchange, that answer-a-question-with-a-question stuff. He died more than a decade ago and I miss him. I think about what he’s done for me and found the answer in a footnote.
I was reading Auden’s essays Forewards and Afterwords and got stopped in my tracks by a footnote. In a footnote, Auden asserts that there’s a parallel between the Socratic answer-a question-with-a-question method to educate the intellect and the role of free association in psychoanalysis to educate the emotions. He believes that key to both is the process of inquiry. And that we have to live it to learn it: true for both mind and heart. He says we gotta as in Nike’s logo Just do it! ourselves.
And there I was on the metaphorical couch, recalling my father. His questions. Here’s one he asked me when I was ten: So, Mary, you’re ten. Would it be enough if Moses wrote the famous ten himself? If that was the miracle atop the mountain top, wouldn’t that be enough?
He was asking me to think and I was learning about love: the love a parent gives a child, the love that lays the foundation for each of us to love another.
Oh let’s digress back to Moses. I’m still thinking about my father’s question after all these years. Here’s my answer: Moses did have to go up that mountain twice. He smashed the tablets the first time he came down. Did he really go back up and say, Hey, big guy, could you do it again for me?
But the answer is not as important as the conversation. By asking me such an intellectual and controversial question when I was ten, my father made me feel worthy. The love of a parent, his respect, helps the child grow strong. Love affirms our worth. 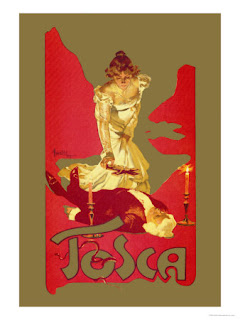 Opera this month brought my father back to me. I saw Puccini’s Tosca at the Kennedy Center.* When Tenor Frank Poretta sang the famous aria E lucevan le stele** in the last act, I heard the footnote of my father’s music rise up from our basement stairs.
I grew up in a narrow row house in Baltimore where my father listened to opera on 78 RPMs in the basement. He never saw an opera live when he was young and vigorous. When he was old and I could afford good seats, I took him to Madam Butterfly.
My father’s love for me was like music. Leonard Bernstein said about music, “It doesn’t have to pass through the censor of the brain before it can reach the heart … An F-sharp doesn’t have to be considered in the mind; it is a direct hit.”
The love of my life was at my side at the opera. I met him writing footnotes for what we termed “The Red Book.” Not Carl Jung’s tome that I do own, but a treatise on energy from a think tank where I once worked. The man I love was in charge of “The Red Book.” I was the editor assigned to write the footnotes, all 164 of them. He made me feel worthy while I did a task that was anything but central. I was the footnote who mattered to him.
The tenor In Tosca sings of love in that final stirring aria in Act III. But it is not the words that move, it’s the melody that strikes the heart, brought me to tears and reminded me that love and logic and worth intertwined in my youth—and reminded of this: My father’s love was a direct hit.***

*This column ran to alert readers that they could see Tosca for free at Nationals Stadium where it was generously simulcast at 7:30 pm September 22.  Plácido Domingo conducted.
**Hear Plácido Domingo sing the aria E lucevan le stele in the video below.
**Ibid in a footnote means the same source. I love my husband: Ibid to my father.
Posted by Mary L. Tabor at 7:50 PM