Riddles of Existence: Postscript to my essay “On Re-Reading To the Lighthouse by Virginia Woolf”

Riddles of Existence: Postscript to my essay  "On Re-Reading To the Lighthouse by Virginia Woolf" 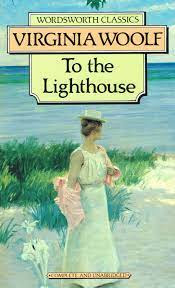 One of the wonders of the site where I write on the arts, FactsandArts.com, is that readers write to me with thoughts, questions. Recently, a retired Navy physician did just that and took me back to Woolf’s evocative and brilliant novel To the Lighthouse.

He said, “The themes of meaning, loss, desire, and time are abundantly clear, but part of the allure of Woolf’s writing is the philosophical nature of her themes and the mystery that surround them.”

I do address exactly that in my first essay.

My reader went on to argue, however, what he calls “The Woolf Riddle.” I’m not sure what he means by “riddle” as my view is that the elusiveness of the novel is its strength as I have already argued.

I want here to examine my reader’s more specific questions about the novel (slightly rephrased for clarity here):

1. Why does Lily Briscoe, the lovely artistic house guest, move a tree to the center of a painting she works on outside on the lawn of Mrs. Ramsey and her husband’s summer home on the Isle of Skye in Scotland with a view of the lighthouse from the window and at bay’s edge?

2. Why does Lily at one point place a salt shaker in the middle of the kitchen table in the Ramsey’s home to remind her of what she will do with her painting?

My reader argues that Lily Briscoe seeks unity: Here’s what he asserts, “I think the answer has something to do with the theme of unity, as in the unity of everyone at the kitchen table, compared to the unity of the table and the tree … .”

My view is this: To focus on “unity” strikes me as the direct opposite of what Woolf is about in To the Lighthouse. I pose in response this problem for readers of great fiction or, in fact, viewers of great art:

To try to make so-called “symbols” in creative work “speak” is to misread the originality of the questions posed. As I’ve said in my essay also on this site, “Moral Ambiguity: Why We Make Art,” all great art and, indeed, philosophical thought, ask the primal question, Is a coherent narrative for our lives possible? And if we have no clear answer to that question, what then?

Virginia Woolf in To the Lighthouse, allows Lily Briscoe, the struggling artist, to help us. Lily, against all odds: Note that the character in the novel Mr. Tansley, another house guest at the summer home, has told Lily this, “Women can’t paint, women can’t write… ”

And here is Woolf’s answer: Lily continues through the novel to do just that; to paint. And, of course, we have the direct paradox of the novel itself: Woolf writes. So, clearly, women can write—and paint.

To try to place the word “unity” on what Lily does, as my reader appears to assert, by placing the salt shaker in the middle of the table is to misread Lily’s journey to finish her painting. Whether or not the tree ends up in the middle of the painting is Lily’s choice. Her choice to create is, to my mind, a large part of finding her way through existence, knowing as Mrs. Ramsey tells us, “It will end. It will all end.”

And as to that kitchen table in Mrs. Ramsey’s son Andrew’s explanation to Lily of what his father’s books are about: “Subject and object and the nature of reality.” When Lilly says, “Heavens, she had no notion what that meant,” Andrew says, “Think of a kitchen table then when you’re not there.” In Lily’s mind this table ends up scrubbed and in a pear tree. The vision of the table remains at the end of the novel, as she says, as “something bare, hard … uncompromisingly plain,” much like existence as revealed in the novel.

To try to find the answers to my reader’s so-called “riddles” is to refuse to acknowledge that the work of living is, as my father once asked before he died, the struggle to find meaning and to answer the question, “What am I here for?”

This is the question we as human beings who know life has limits, the ultimate limit being death, must be asking as we move forward through our years. The search for meaning with this knowledge is the work of creating, of making something.

Let me close with Annie Dillard’s wise advice to us in Living by Fiction:

“The most extreme, cheerful, and fantastic view of art to which I ever subscribe is one in which the art object requires no viewer or listener—no audience whatever—in order to do what it does, which is nothing less than to hold up the universe.

“This is a fundamentally insane notion, which developed in my own mind from an idea of Buckminster Fuller’s. Every so often I try to encourage other writers by telling them this cheerful set of thoughts; always they gaze at me absolutely appalled. Fuller’s assertion was roughly to this effect: the purpose of people on earth is to counteract the tide of entropy described in the Second Law of Thermodynamics. Physical things are falling apart at a terrific rate; people, on the other hand, put things together. People build bridges and cities and roads; they write music and novels and constitutions; they have ideas. That is why people are here; the universe as it were needs somebody or something to keep it from falling apart. … Thoughts count. A completed novel in a trunk in the attic is an order added to the sum of the universe’s order. It remakes its share of undoing. It counteracts the decaying of systems, the breakdown of stars and cultures and molecules, the fraying of forms. It works.”

Note for readers and wanna-be writers: I teach Creative Writing. Some free chapters follow HERE (SCROLL UP ⬆️ FOR MORE LESSONS) and here is a clip:

I can help you one-on-one for a small fee, via Zoom, an Eight-"session"-course (each session includes 11 parts) with slides and more experiments than in these chapters I am giving away for free.

for details on how I work: Be sure to tell me how you found me and we'll set up lessons.

I taught variations of this course at George Washington University, in the undergraduate and graduate MFA/Ph.D. creative writing program at the University of Missouri and at the Smithsonian's Campus-on-the-Mall.

Be sure to write me and you may comment here if you use Chrome or any browser other than Safari (I guess Google and Apple don't jive with each other; who knows?) In any case, I love comments and am alway glad to hear from you ... . 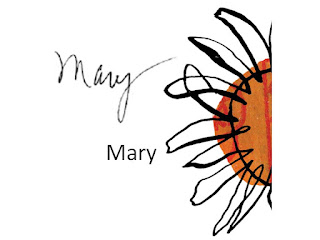