Four weeks ago, I began an in-depth study of Wallace Stevens’ work that I deeply admire and my contention, despite the great love I have for his work, that he did not confront, perhaps not until close to his death, the primary issues of faith: a subject he deals with again and again through his view of the imagination as all, his view that whatever is spiritual comes out of the mind. 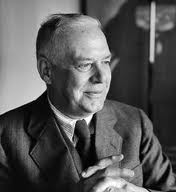 To review from the end of part one of my essay: I do not believe Stevens confronted the absurdist implications of his philosophical stance. One cannot have it both ways: If the writer who creates in words and whose subject is the nature and meaning of existence—and I believe this is Stevens’ subject—if this writer concludes there is nothing but human consciousness, then he must also, at the very least, confront faith as an insurmountable abyss.

I return where I began with  “ The Planet on the Table, ” the best of the best of Wallace Stevens.

In the late poem “The Planet on the Table”[1] (1953), Stevens seems to assess his work with humility: 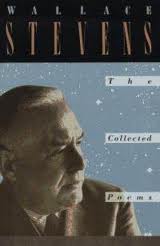 Ariel was glad he had written his poems.
They were of a remembered time
Or of something seen that he had liked.

Other makings of the sun
Were waste and welter
And the ripe shrub writhed.

His self and the sun were one
And his poems, although makings of his self
Were no less makings of the sun.

It was not important that they survive.
What mattered was that they should bear
Some lineament or character,
Some affluence, if only half perceived,
In the poverty of their words,
Of the planet of which they were part.

In this poem, one of the last that he wrote before he died, Stevens seems, with a measure of humility, to place his world, the body of his work, in the larger world.

In the introduction to Opus Posthumous, Samuel French Morse, says that this poem is “touched with a depth of personal feeling that is surprising in a poet as detached as Stevens.”[2]

It is Stevens’ detachment that, in the overview of his work, ultimately troubles me, as one who herself tries to write, to create something in the world, with all the problems that existence presents: the evil that persists in the world at large, the illness and death of loved ones, my own process of aging, the inexorable move toward my own death.

I must ask, What has been the nature of Stevens’ journey?

His poetry and essays reveal a world of his own making in which the self through imagination is paramount. Perhaps in his later years, in “The Auroras of Autumn” and “The Planet on the Table,” he acknowledges the limitations of his “world.”

And, on my continuum from Gass to Ozick, I do think he resides closest to Gass but, still I assert, without Gass’s clarity. Though it seems clear that God is not a part of the world he has created, it also seems clear that his arrival at this point lacks a confrontation with the absence of God.

Ihab Hassan in a his essay on nihilism and belief concludes, “The stutter of spirit, the struggle for belief, remain primal in our condition. In this regard, nihilism may appear a saving grace, the breakneck candor of a mind insisting on its own lucidity. Let us honor such lucidity: not even the forgiving earth sanctions every vapid, errant, or wicked belief. But by far in the most cases, such lucidity finally fails. Nor does irony, which Kierkegaard calls the ‘infinitely delicate play with nothingness,’ suffice. Heart and mind continue to cry out to hell, to heaven for something more. The cry is hopeless, its very hopelessness indistinguishable from hope on the other side of despair.”[4]

Kierkegaard says, “[I]t is not faith but the most remote possibility of faith that faintly sees its object on the most distant horizon but is separated from it by a chasmal abyss in which doubt plays its tricks.”[5]

I ask, Where is Stevens’ abyss? Where is his despair?

If the writer’s subject is the nature of existence, and if he concludes that faith in God is not possible, it is not enough to assert that this is “the age of disbelief.” His integrity and originality lie in the struggle that brought him either to that conclusion or to the persistent residuum of doubt—and most important for the writer—its expression in words.
Bibliography

Hassan, Ihab. “The Expense of Spirit in Postmodern Times: Between Nihilism and Belief,” The Georgia Review, Spring 1997, pp. 9-26.