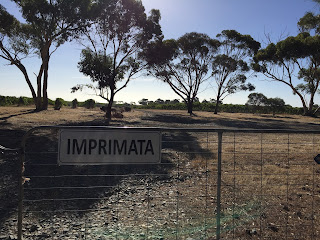 McLaren Vale, where my son Ben lived on his vineyard: I held a memorial to honor his life and work. His friends and colleagues met on the apex of his vineyard Imprimata.

wine maker and friend, spoke first. He began with these words: "This is hard."


Jock Harvey, soulful friend, reads: Note: Don't click on the photo below that I posted of Ben Glaetzer, Ben's friend and long-time comrade, but move directly to the next video where his soulmate Jock Harvey speaks for himself and for Ben Glaetzer, who did not attend the memorial: 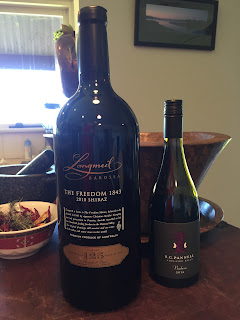 and so did Mark McCarthy, who was indeed present:


Ben Riggs of Mr. Riggs talks of a hard time for Ben (and the wind keeps blowing):


I read Roger Milner's warm tribute (while the wind blows and concerns about carpet baggers):


Tony Parkinson of the marvelous Penny's Hill
with how Ben began (and the lovable Zar Brooks weighs in; watch for it!):

An excerpt from his talk:

"Presumption aside, I know I speak with many voices indeed – your Benjamin was also our Benjamin. We would do anything to bring him back.

"Perhaps even more incredulous than that wish, is to note how extraordinary it came to pass that you, Mary, and Ben's Dad and family raised him to become such an extraordinary person. Parenting Ben to become what he became – well you should be profoundly proud. Having reread Ben's dog-eared copy of The Woman Who Never Cooked, it is patently clear the proverbial pomegranate did not fall far from your family’s tree.

"His mates and Australian families would probably not want me to point out that the only singular smile that might be raised in this most awful of times is perhaps this: Our Ben would have, cursing in bold type and bloody Hammer-ness truly hated, really f-ing hated if he came across someone speaking so well of your Ben. Especially revealing a little of our beautiful and bad Ben with you."


The Sower
sculpture by artist and dear friend
Monserrat Daubón 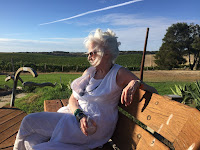