My heartfelt thanks to Louise Wise for the interview that you can read in full here: Here's a glimpse:

(Re) Making Love: A Sex After Sixty Story
By
Mary L. Tabor 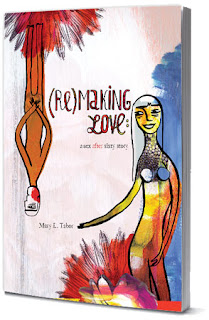 Fresh, quirky and delightful, (Re)Making Love: A Sex After Sixty Story, is brutally honest while giving hope that passion doesn’t need to end after a certain age. Tabor takes the reader from Washington, DC to Missouri to Australia and eventually to Paris, a visit that offers a stunning surprise—one that changed the author’s life.

Mary L. Tabor had been married for twenty-one years when her husband announced to her, “I need to live alone.” Already grief stricken by the deaths of her mother, sister and then father, the news threw Tabor into a tailspin of impetuous acts, the good, the bad and the foolish.

In this deeply personal memoir, Tabor wholeheartedly shares her journey, all after age sixty, proving it’s never too late to find love—and oneself.

Readers will find hope in a story that gives new meaning to romantic comedy. 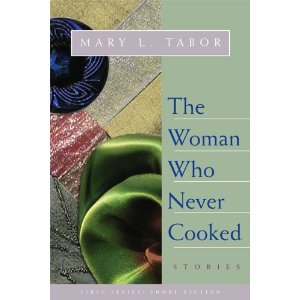 The American adult woman is featured in this debut collection of stories about love, adultery, marriage, passion, death, and family. There is a subtle humor here, and an innate wisdom about everyday life as women find solace in cooking, work, and chores. Tabor reveals the thoughts of her working professional women who stream into Washington, D.C., from the outer suburbs, the men they date or marry, and the attractive if harried commuters they meet. One woman fantasizes about the burglar who escaped with her deceased mother's jewelry.

In another story, the protagonist uncovers her husband's secret: his pocket mirror and concealer do not belong, as she had feared, to a mistress but rather are items he uses to hide his growing bald spot. Revealed here are the hidden layers of lives that seem predictable but never are. Reading Tabor's wry tales, one has the sense of entering the private lives of the women you see everyday on your way to work.

What age group is you book geared toward?


You’d think from the title and me that older women would be my audience, and indeed they are, but the surprise has been that young women and men of all ages respond to the book because I am interrogating myself about commitment and intimacy.

Into which genre would you say your book falls?
I’ve written a memoir that deals with separation: Woman gets dumped, craters, tries to figure out what happened and ends up figuring out herself.

What is your favourite scene in your book? Can we have a snippet?

Sure. Here’s Chapter 1 of my brand-new memoir (Re)Making Love: a sex after sixty story:

I Need to Live Alone
I love romantic comedies: weep over them, quote their dialogue without attribution in conversation as when I am with a man who says he wants to be friends with me, “You actually believe that men and women can be friends?”
When Harry Met Sally: Harry: “What I’m saying is—and this is not a come-on in any way, shape, or form—is that men and women can’t be friends, because the sex part always gets in the way.”
I collect music scores of Rom-Coms, buy the DVDs and watch them over and over again. Now sure, the appeal to me and others is this: girl meets boy and LOVE results, inexorable, indomitable, irrefutable, life-changing LOVE.


I was sixty years old when my husband—let’s refer to him as D.—dumped me—old story, I know. But wait, as the commercials for fancy French Fry cutters say.
I begin writing about my separation from D. on August 25, my parents’ anniversary. They were married fifty-four years. Can you believe it? I am alone and reading The New York Times in my condo where I live now. I find this: AP report, dateline: Chamonix, France (Isn’t that where Cary meets Audrey in Charade’s first scene? “Can’t he do something constructive like start an avalanche or something?” Reggie, played by Audrey Hepburn asks Silvie after young Jean Louis shoots her in the face with his water gun. Jean Louis shoots Peter, played by Cary Grant, as well.) The AP reports on an avalanche that “swept down a major summit in the French Alps before dawn on Sunday, leaving eight climbers missing and presumed dead along a trail often used to reach Mont Blanc . . . . One survivor, Marco Delfini, an Italian guide, said he saw ‘a wall of ice coming towards us, and then we were carried 200 meters.’ An injured survivor Nicholas Duquesnes, told Agence France-Presse, ‘There was absolutely no noise; it was very disturbing. We only had time to swerve to the right before being mowed down.’ ”
I had been married twenty-one years when D. announced, “I need to live alone.” Oh so Greta Garbo. There was absolutely no noise. I was sixty years old and had been chasing him around the bedroom—to no avail—for ten years. Bill Maher in a comedy routine on HBO not so long after he had been dumped by ABC only to arise again with Politically Incorrect, said in a joke about older women, “menopause.” Get it? Men A Pause. Yeah, I got it.
The French Fry Cutter salesman raises his voice on the commercial in my head: “But wait, there’s more”: I decide to date. I want a man who believes that men and women in love must be friends. But Harry is right that the sex part matters.
The hell with Bill Maher.

Find the rest of the interview with advice to writers, stuff about marketing and publishing at Louis Wise's blog: http://louisewise.blogspot.com/ along with other writers she has featured.

My heartfelt thanks to Louise for all the work she did here. Check her out and read the rest of the interview.