Write It! How to get started Chapter 4 Point of view or why we watched the flick Hitch 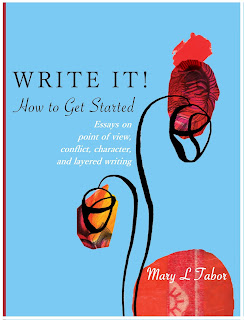 As we go along here and if you stick with me, you’ll discover that I take a different approach on the “Getting Started” topics you read about in “how to” books.

One example: I think outlines are a deadly way to start inventive work. Not that they aren’t useful down the road as part of the editing process—They are, of course. But I think an outline gets in the way of initial and formative and changing invention.

In this chapter, let’s talk about point of view.

Writers connect with their readers in the first sentence they write. We’re like directors with a camera. The writer-director tells the cameraman where to look: close-in or far out, where to move. 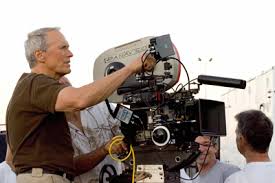 So for the term of art point of view in craft books, you’ll hear first person, third-limited or third person, second person (usually you’ll be told never to use this one—but remember all rules are made to be broken!).

I like "camera" as a term of art better than "point of view" because the camera takes me to the way I see, right to my father’s home movies and right smack into that dark theater or favorite book where I can disappear and come out transformed.

In the movie Hitch, the camera, moves right to Will Smith. We’re in his head.

So let’s consider what point of view we’re in when we see his first client, Kevin Sussman as Neil, on screen and not with Hitch. The camera shows us Neil, longing for the lovely actress he ends up with.

Are we in omniscient or all-knowing point of view? Is the camera-man and director like a god who sees all?

Well, sure and in many ways in this flick.

What I’m doing here, through the use of a fun film, is help you understand how the camera works—and how the camera is a good metaphor for the term-of-art point of view in “how to” books.
I’m also saying that in this flick, one point of view dominates—and for good reason.
Let’s talk about Albert, the terrific overweight lovable man, played by Kevin James. Albert’s story is one central narrative strand of the movie.
That means his story is inside Hitch’s story. When Albert is in the board room with Allegra, Hitch is not there. He doesn’t see or know what happened until Albert returns.
So the camera went where Hitch could not, right?
And that means it knew more than Hitch could know.
Defining POINT of VIEW: Point of view is best seen as a continuum from knowing everything like a god, to knowing only what one character could know, or could be told or what the narrator could know about his character all the way to the other end of the continuum where the camera knows only what the main character knows or is thinking.
Rule #5: Writers need to know where the camera is and how to use that camera. 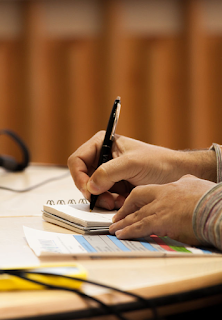 Martin had kissed her during the week of shiva, barely five days after they’d stood beside his father’s grave. Now with her own father close to death, Olivia wondered how he could have done it. Not that she excused herself, either—Martin’s father was her uncle; Martin, her first cousin.
When Martin called, it had been thirty years since they’d been alone together, when they’d been briefly—over almost before it began—engaged. They’d seen each other, of course, occasionally at family parties, bar and bat mitzvahs.
He said, “I want to bring you the letters.” The love letters, she understood without his telling her, the ones she had written him.
He was calling from Boston, where he lived. He told her he was coming to Baltimore to see his eighty-four-year-old mother—the same age as Olivia’s father. “She’s still on her own, thank goodness,” said Martin, “but I know I need to see her more often now.” Olivia didn’t mention that her father wasn’t faring as well. “I’ll be coming in about three weeks,” he said. “I could drop by one afternoon.” So there’d be time to cancel, for her to change her mind, for him to change his.
“Why now?” she asked. “What do I want with the letters?” When he didn’t answer, while his silence gave her time to think, she decided this must be his way of telling her he’d kept them all this time. Well, he had, hadn’t he? She felt flattered, though ashamed to admit it. She agreed to the visit because he’d saved the letters.
She hung up and sat at the kitchen table with her husband, who’d been reading the Sunday Sun, eating his second, late morning bagel, drinking coffee. “I think I should see him alone, don’t you?”
“Not really.” Al rubbed the balding spot on the crown of his head, the way he did when he was feeling uncomfortable, when he didn’t want to explain how he was feeling.

Note: A PayPal button (top right), if you like what you've read, any donation would help.

Also: Do note, if you are on Safari, to comment, you must go to 1. Safari preferences: See the drop-down menu in up left corner under "Safari". Then 2. go to Privacy and 3. uncheck "cross-tracking". You can now easily comment and can turn cross-tracking back on after you comment.
Or, use Chrome to comment or ask me a question. Helps to sign into Google or Chrome first so that I know who you are!

If you want one-on-one help, I offer, for a fee, via Zoom, an Eight-"session"-course (each session includes 11 parts and one-on-one attention) with slides and more experiments than in these chapters I am giving away for free.

I taught variations of this course at George Washington University, in the undergraduate and graduate MFA/Ph.D. creative writing program at the University of Missouri and at the Smithsonian's Campus-on-the-Mall. For more about me, Click Here