I introduce to you today to Charles van Heck, a generous soul and elegant essayist. We “met” via Google+, of all places, and a meeting of the minds magically emerged. That merging of thought strikes me always as the gift of connection that I suspect has to with the reading that has infused each of our quite separate lives with narrative, that has placed meaning and form on the chaos of existence.
William Gass describes this sense of oneness in The Test of Time: “And we, who read and write and bear witness and wail with grief, who make music and massacres, who paint in oils and swim in blood—we are one: everywhere as awful, as possibly noble, as our natures push us or permit us to be.” 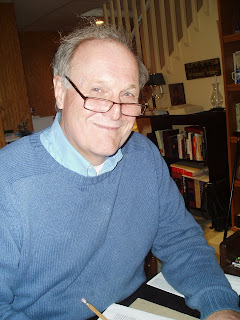 Some Background on Charles:
Charles van Heck is a native of Oakland, New Jersey. He has a degree in history from Ramapo College of New Jersey as well as degrees from the University of Dayton and the University of Michigan. A theological librarian, he has taught both theology and American literature, and been the invited speaker at churches of various denominations. He’s worked with the terminally ill, underprivileged, and served as a volunteer during the hurricanes Katrina, Rita, and Wilma.
Charles has completed two novels. Mister Lincoln's Elephant Boy is historical fiction based on the documented record Second Volunteer Michigan Infantry and tells the story of Sarah Emma Evelyn Edmonds Seelye who served for three years during the Civil War as Franklin Thompson. He’s also written a mystery set in the 1950s titled Her Future Past. His poetry and articles have appeared in various journals. Charles lives with his wife in Michigan where he enjoys gardening, cooking, painting, and getting away—he loves to travel.
Wanderings in Woodhull County
by Charles van Heck

There are mornings at Whitman Pond when I want to wander the fields, to forget about writing and simply blend into the landscape. Yesterday morning, though, there were errands to run. A walk would have to wait until the afternoon.

I had driven over to Handy’s Hardware store in Bolivar to pick-up a bottle of fuel stabilizer for the lawn mower and some burlap to wrap around the shrubs. Then there was an errand to run for Irene Longworthy at the Sublet Pharmacy. Both stores were decorated for Christmas. Jack Handy, a Baptist in good standing, had a Menorah Tree. That was something new for me. Phyllis Amacher, over at the Sublet Pharmacy, though I think, gets the prize. She had a good sale on her leftover inventory of Halloween candy and cards. The display was beneath a navy blue tree decorated with the “Nightmare Before Christmas” ornaments, orange lights, and black garland.

The holidays don’t mean very much to me. I’m tired of the news about retails sales; Black Friday stampeding hoards pepper spraying one another for midnight sales, and Cyber Monday. Perhaps I’m becoming a bit of a Scrooge, but it seems to me the magic, mystery, and wonder of the holidays, be it Chanukah or Christmas has been lost. Most importantly, the meaning of the holidays has been replaced by mindless consumerism.

My mother, Alice May Bunt, grew up on a farm in Allentown, New York. She seldom spoke about her childhood. She did speak about the Christmas that her grandmother gave her a handkerchief embroidered with her initials. Her father would cut a tree. It would be placed in the parlor and decorated with candles. On Christmas Eve the candles would be lit, eggnog or hot cider would be served. A few songs would be sung. Then the candles would be extinguished.

My father, Charles van Heck, Jr., would talk about coming home from church on Christmas morning to find the tree decorated in the living room of his parent’s apartment in Brooklyn. He remembered his father cooking dinner, and the family gatherings around the table. I don’t recall him mentioning one gift that he received.

Simplicity? Perhaps. Those were different times. The economic reality from 1914 to the eve of the Second World War was harsh in the agricultural and immigrant communities; particularly during the Great Depression. My mother’s father would lose his farm to the bank. He found employment in the oil fields of Allegany County, New York.  My other grandfather shuttered his corner grocery store because his customers could no longer pay their bills. He went to work as a chef at The Browns, a Borscht Belt resort.

Driving into Evoraburg, I stopped at the Red & White Market for a few groceries and the mail. The floorboards are worn; a few creak as I moved along the narrow well stocked aisles. There is a large fan in the back where Volney Poort stands behind the meat counter. I ordered a fresh chicken for Christmas. “You’ll have to pick it up two days before,” he said. “We’re going to be closed Christmas Eve.” Claribel Poort rang me up at the cash register. “Is Terri going to make a fruit cake?” she asked.

It was obvious from the containers of candied fruit, but the folks of Evoraburg tend to either question or state the obvious, then gossip about it until the obvious becomes unrecognizable. Before the week is out it will be around the village that Terri is baking sweet potato pie for Christmas and I was seen driving off with Ursula Lovecraft, the high school nurse, who happened to be leaving the store the same time. Small towns are like that.  “You forgot your mail, Charlie,” Claribel called. Yes, I was seen leaving the Red & White with Ursula Lovecraft and was in such a rush I forgot my mail.

Outside the air was crisp. The sky was overcast. In the village square, known as Peace Park, the volunteer fire department was putting up an ice skating rink. Doug Seiters, Harvey Cooney, and Ernie Lange of the village Department of Public Works were hanging lights and other decorations on the gazebo and the trees. Watching the workers, I found myself recalling special winter nights in my hometown of Oakland, New Jersey. 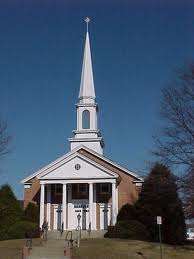 Every December there was a Christmas Carol Sing-along outside the Ponds Church. The street was closed off. Hot Chocolate, coffee, warm cider, doughnuts, and cookies were served. There was always a good size crowd. Afterwards, my parents and their friends from the Oakland Volunteer First Aid Squad, some of the police officers, and volunteer firemen would gather at the home of Arnold and Connie Monks. They lived next door to the church. Their home was warm, and nicely decorated. While our parents conversed, we kids got to play. I recall those evenings with fondness and affection for the Monks.

Those days seemed less hurried, less materialistic, and definitely more innocent. At times I feel as if I am playing at being an adult. This is especially true at the house. It seems odd to have accumulated the furniture, paintings, and necessities. Occasionally, I expect someone to tell me I have to clean up the mess. I know that won’t happen.

At this point in my life, I have less interest in things and more in simply being, enjoying, and sharing. I have an extensive library; a carryover from my days in academics both as a student, a theological librarian, and a teacher. John Adams once remarked that he had spent an estate on books. I too have such a passion for books.

I miss teaching undergraduates, meeting with scholars, giving talks at various churches. To some measure that is why I created the Whitman Pond website at the urging of others. Whitman Pond is a place for stories, poetry, art, humor, and commentary on current affairs in a quiet voice. There is enough anger and rancor in our media outlets. I wanted to create an environment that mirrored the living room of Arnold and Connie Monks, and my grandparents’ front porch where people conversed. What was most important to me was to create a place that honored the code of respect for others regardless of their race, creed, nationality, gender, or sexual orientation that my father instilled in me.

Some will say that I am attempting to create an idyllic place based on the past. Perhaps. The historian Joseph J. Ellis has observed, “…all attempts at making the past relevant to the present inevitably require some measure of distortion.” I prefer living the present moment to dwelling in the past. However, I believe the past should inform the present. But a warning, I ascribe to the notion that simplicity is seldom what it appears.

With the groceries and mail in the car, I started across the street to Chaim’s Kosher Bakery and Deli for lunch and to visit with Chaim and his wife Yocheved. Woodhull County Sheriff Patty Hoppack drove past and waved.  After lunch, I returned to the house, then, after changing, went for a walk in the hills around Whitman Pond as a light snow began to fall, stirring me to catch snowflakes on my tongue, and reminding me of the approach of the holidays.

You may visit Charles' website Click here: On Whitman Pond and read more of his elegiac musings.