Janis Greve tells the truth about Breast Cancer and bras

I have the pleasure of introducing you to Janis Greve. We met on, of all places, Twitter. She bought, read and loved (Re)Making Love: A Memoir. We decided to talk and talk we did. Our minds and hearts met. Janis is writing a memoir and posting on her blog. She writes the underbelly of her journey with cancer.

In humor and in pathos, Greve invents herself. Part of that process must crush the self in order to reveal.

I offer in introduction, and for all who stop here to read and consider the writing process, the wise words of writer, philosopher and teacher Hélène Cixous:

Between the writer and his or her family the question is always one of departing while remaining present, of being absent while in full presence, of escaping, of abandon. It is both utterly banal and the thing we don’t want to know or say. A writer has no children; I have no children while I write. When I write I escape myself, uproot myself, I am a virgin; I leave from within my own house and don’t return. The moment I pick up my pen—a magical gesture—I forget all the people I love; an hour later they are not born and I have never known them. Yet we do return. But for the duration of the journey we are killers. (Not only when we write, when we read too. Writing and reading are not separate, reading is a part of writing. A real reader is a writer. A real reader is on the way to writing.)            —Hélène Cixous, Three Steps on the Ladder of Writing 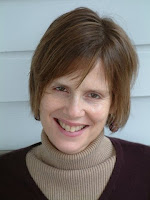 Janis Greve is a professor of autobiography and advisor of English majors at UMass Amherst. She’s written and published both literary criticism and poetry, though presently she channels her writing into her blog. Among the things that have shaped her personhood, she has had breast cancer. She writes about this and the tribulations of growing older as a woman, conveying, she hopes, some truthful things. 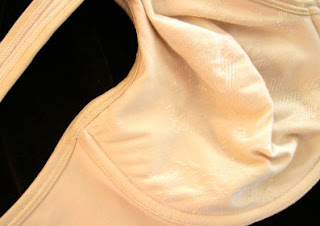 I had no business shopping at Victoria’s Secret. After all, I eschew their catalogues, the sexed-up models, the soft-porn poses luring young women into seeing themselves as objects of male desire. The stores have always seemed strangely discordant—all those impeccably trained, fresh-faced sales clerks whose job it is to mother you, a middle-aged woman, into a new bra, fooling you into believing that the pink and red lights and shelves of slinky panties were the natural setting for such an undertaking.

Why, two years ago, I chose Victoria’s Secret for my new bra I can’t quite say. I dislike driving that stretch of interstate to the mall—too much merging just where the traffic thickens and the road bends right precipitously—so I must have had some other purpose. Likely I was there to ransack H & M or the sales racks at Macy’s, propelled to brave the highway—white-knuckled all the way—by my perpetual craving for something new.

What I do know is that I had my own secret. I had mixed feelings about sharing it with Victoria, who already had one, or Janelle or Hillary or whoever attended me that day. In the end, I didn’t have to. I was grateful for the discreet knocks and bras dangled through the crack of a door that are the ritual of a bra-fitting, exhausting me in no time with all the putting on and taking off and near-total dearth of anything without an underwire except for something that came only in polka dots. 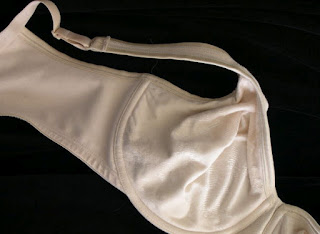 Since I tried on so many bras, I lost all sense, and ended up choosing the marked-down cotton bra, a big mistake, since it was really made of cardboard, which I discovered only after I brought it home and wore it around some. But my secret was still intact: my small, rippled implant, that misshapen twin of a breast that is just the simple fact of me and the breast cancer I had. I’m not ashamed of my implant, and I don’t exactly love it. It just didn’t seem right for Victoria’s Secret, nor Victoria’s Secret for it.

A cardboard bra is intolerable, so back I went to the mall, placing myself in the hands of another cool and unflappable attendant. This time I succumbed to the ubiquitous underwire tyrannizing women’s lingerie stores everywhere. Many in my life, including my own lovely and ample-breasted daughter, have nudged me to take the underwire plunge. “Try it, you’ll like it!” they said. “Don’t worry about the wire! You won’t feel a thing!” I was doubtful. “Doesn’t it dig into your skin sometimes, like when you’re sitting on the bed reading?” They’d looked at me strangely.

Maybe their breasts were already numb. Because the black, underwire “Gorgeous” or “Incredible,” or whatever I got that day—the bra I consign to the shabby, dark pockets of my closet floor—does just that. It digs. Not all the time, but just enough to make the tender skin surrounding my implant all the more tender.

Yes, there are special stores for women like me. Open the door, a bell tinkles, and a clerk calls out to you kindly, asking if she can help. Calling you honey, she settles you into a dressing room, then chooses a dozen alternatives for a special-needs breast, grabbing pads that round out a cup like a perfect hill, making no one the wiser for looking at you.

That’s how I think it goes, anyway. I’ve never stepped into our local, much-touted lingerie store that makes mastectomies a special niche because I can’t get past the Frederick’s of Hollywood side-show in the window—all corsets, garters, and, just possibly, whips—rivaling the self-esteaminess of Victoria’s Secret. 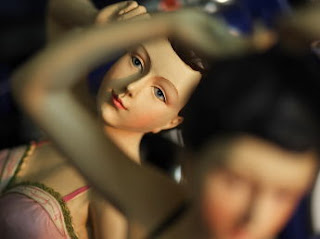 Even if I hustled past those frights into the safer, maternal lap of the store, I’m not sure I’d want all that attention—it’s too intimate. On top of that, I detest padding: built-in or slipped into pockets, I don’t need to enter the world cushion-first.

Both my regular oncologist and radiation oncologist take turns asking me a strange question, forgetting they’ve already asked it.

As I lie on the examining table with my sweaters and camisole bunched around my neck—no secrets here, nor ceremony, just straight-up flesh—one of them will ask cheerily, in between probes, “Are you happy with your implant?” I always feel incredulous. Happy? Does it matter? What part of breast cancer was about my happiness?

They want me to be pleased with my purchase. I’m not pleased, but I’m not displeased, either. I believe my surgeon did the best job she could stuffing a pillow into a smaller-sized pillowcase.  It was a very tight job, so much skin had been pared away in small surgeries. I know she wanted to do better.

Mostly I go braless now, which is one of the perks of aging: my breasts have become smaller, more aerodynamic. I’m enjoying a boyhood I never had. At night I shuck off my shirts as though I were an ear of corn. It’s been liberating thumbing my nose at the brassiere industry, that circus of pre-packaged notions, though sometimes a hand of cold air slips up my shirt, making me shiver. I hate that. But it’s not the worst thing in the world.
You can visit Janis Greve at her blog Losing Farther
Posted by Mary L. Tabor at 7:28 PM